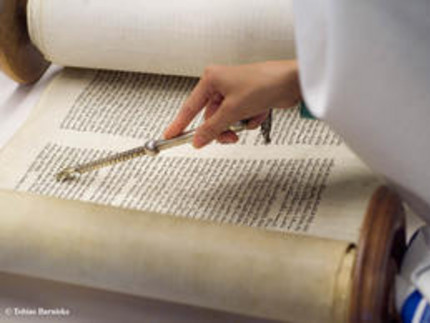 It is said of Jewish scripture: “Turn it and turn it, for everything is in it” (Mishnah Avot 5:22 הֲפֹךְ בָּהּ וַהֲפֹךְ בָּהּ, דְּכֹלָּא בָהּ ). The Hebrew Bible is the cornerstone of Jewish thought, ritual, and identity, and it provides the foundational language for subsequent Jewish discourse. It also provides a basis for conversation between diverse cultures and religions, including Judaism, Christianity, Islam, and secular Western humanism.

From ancient times, the Hebrew Bible has been deeply enmeshed with its exegesis. Every revision, translation, comment, and midrash is an expression of its author’s interpretation of a particular incarnation of the biblical text. Countless varieties of biblical interpretation continue to the present day, shedding light on text and exegete alike. We aim to not only study these many modes of interpretation—ancient and modern, traditional and critical—but also to promote their cross-fertilization, thus enriching our understanding of the Hebrew Bible and its reception throughout history.

Chair of Hebrew Bible and Its Exegesis
Campus Am Neuen Palais / Haus 15, Raum 2.04